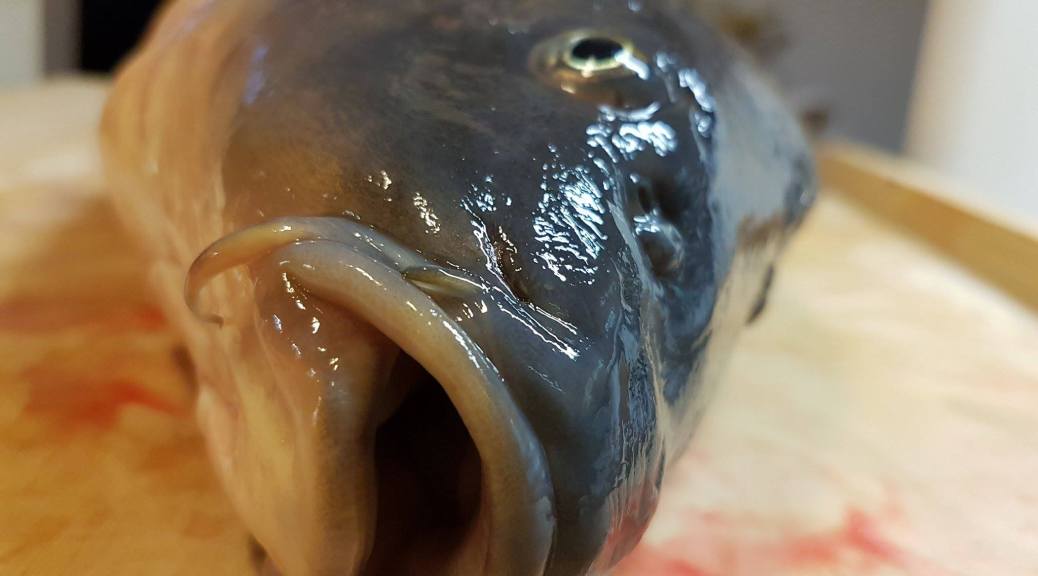 When the men hammered the head of the fish, the boy screamed, crying. In the short time it had lived in his bathtub, he had grown fond of the big swimming creature. He’d named it Christopher. It’s understandable that the boy loathed the act of his uncles. But our Christmas meal was at stake and the young emotional bond had been destined to be ignored.

It’s a Buddhist belief that if you give someone or something a name, you make a claim to that which you name. It means that young parents who, out of duty, name their newborn Pete, immediately make it their possession. But it also means that if you give your partner a nickname, this person or the aspect you named, becomes your property.

Adversely, when you give someone your name, you give that person ownership over you. And every time this person calls it, he or she summons your attention. Have you felt that? It’s an excellent sales technique and a good way to get yourself liked to call another by his name. The other way around: creating a name for yourself or your organisation, makes you graspable to the audience and by that less threatening.

It would be an act of liberty, in this perspective, to invent a new name for yourself and keep it secret. That would give you a claim to yourself that no one else has. A different approach would be to behave in a way that is not expected from your personal or family name. But the freest is he or she who detaches from all names that are given to him or her. The one who doesn’t have a name.

I would take this idea a step further and say that any judgement people make of each other is an attempt to seize something. Calling another by his or her profession, for example, or by a political preference, or cultural background has this same effect of occupation, even if you don’t attach a value to it. Even thinking it has that effect. We allow each other a certain degree of possession over ourselves by sharing who we are, but set limits as well. And by conceptualizing, we are determining our place in a hierarchy.

You could say that the idea of ‘not being understood by anyone’, something we all have to a certain degree, is a result of being judged in an inacurate way. It could be solved by giving your loved ones the names you secretly hold for youself. Yet while we give these names away and create a space for trust through which we can bond, we also hand over part of our autonomy.

As we could see in the case of the death of Christopher the fish and the reaction of his young friend, these things can have enormous emotional implications. ‘You never call me honey anymore’ means that you’re no longer taking your claim of this aspect of her that you once shared. Changing your official name is a deliberate act of breaking out from the property of your parents. The name switch of women after marriage is comparable.

A friend once called me ‘joyful sailor of dreams’. This blog is a tribute to something she observed in me. Reappropriated, as you can see, but I’m still thankful. By that simple act, she called something into life. This is what the boy did with Christopher. It’s no more than a memory now, but who knows what that will grow into?

It’s probably because I agree with this Buddhist theory that I have become a writer.

I’d like to contemplate the human tendency to look up to their examples. I recently read that all people do that. The idea made sense.

Are you susceptible to idolatry? Myself, I used to cling to male figures when I was a kid, because I lived in a house with only my mom and my sister. Then, from my puberty till my twenties, I fell in love with many girls and lifted some of their characteristics into an unreachable space. But I never had idols such as writers or TV personalities or, and especially not, gurus. I do think that many people do.

One can wonder if this tendency is part of our physical code or that it’s a mental thing we acquire as we grow. It would fit the bio-belief to assume that as monkeys we needed to look up to our leaders, or else our communities would have fallen apart, and we’d have lost the struggle for survival to other groups.  I vaguely remember a phase in high school when your identity was defined by whom you looked up to. Even now, the characters you like give shape to who you think you are yourself, and how you present that person to others.

Some religions condemn “worshiping an image of the divine”. In the context of society, I think they’re right. It is probably quite a pragmatic ethical decision to keep some initiative to yourself instead of blindly following whoever you think holds truth or has the X-factor. Still, idolatry exists, and what’s more: masses simply obey strong individuals on many occasions.

I just wonder: how would a society look which is not based on this deep inner urge to follow impressive individuals? Would it be leaderless? Would such a society have brought us to where we are now? Could it even exist?

Today is Dutch liberation day. It is exactly 68 years ago that the Americans hunted the Germans of these lands. An occasion to contemplate what freedom means, if not “being able to live in peace”. It is an interesting concept about which I still think quite often. Is that typical for men?

Some say the West is free. Is that the same as saying that the people living in the West are free? If we are indeed free, then what does that mean? That we have money? That we are able to choose whatever we do with our lives? To be the navigator of our own ships? Reach our Dreams?

Okay, so one way to explain freedom, is by the extent to which we can reach our dreams. But we can go deeper. Who chooses our dreams? Say a person’s dream is to earn money. Then having a lousy job would make that person free, right? The boss would be the liberator. But often, when a person has money, he or she would like to have more. The same is true for meaning. There is a point when our dreams become our prison. At that point, freedom means letting the dream go. It means to be satisfied.

So is a satisfied citizen a free citizen? I wouldn’t always say so. I have met many people who slowly but gradually grew trapped in their satisfied lives. People on a comfortable position, whose light seemed to be dimming. They wouldn’t always admit it, but sometimes you can tell. Then again, how do you break out of satisfaction? By losing everything, perhaps?

I’ve personally always felt freest while hitchhiking. But I know that if I’d do that all the time, it would not feel the same. So I need balance. My girlfriend recently asked me what freedom means. To my own surprise, I answered quite quickly. “To not be guided by fears”. I think I’ll stick with that definition for now. Until it becomes my mask.